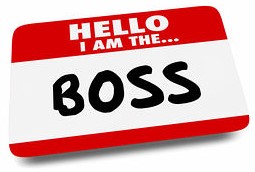 The truth about the word, “Head”

Adapted from Christianity Today, February 20, 1981, by Berkley and Alvera Mickelsen

Ephesians 5:20-24 …giving thanks always for all things to God the Father in the name of our Lord Jesus Christ, submitting to one another in the fear of God. Wives, submit to your own husbands, as to the Lord. For the husband is head of the wife, as also Christ is head of the church; and He is the Savior of the body. Therefore, just as the church is subject to Christ, so let the wives be to their own husbands in everything.

Question: Does the word, “head” (Greek, Kephale) really mean authority, superior, leader, etc. as so many have interpreted it in the past? The facts do not support that argument.

About 180 times in the Old Testament, the Hebrew word ro’sh (head) is used with the idea of chief, leader, superior rank (similar to the way English-speaking people use “head”). However, those who translated the Hebrew Old Testament into Greek (between 250 and 150 B.C.) rarely used kephale (head) when the Hebrew word for head carried this idea of leader, chief, or authority. They usually used the Greek word archon, meaning leader, ruler, or commander. They also used other words. In only 17 places (out of 180) did they use kephale, although that would have been the simplest way to translate it. Five of those 17 have variant readings, and another 4 involve a head-tail metaphor that would make no sense without the use of head in contrast to tail. That leaves only 8 instances (out of 180 times) when the Septuagint translators clearly chose to use kephale for ro’sh when it had a “superior rank” meaning. Most are in relatively obscure places.

If “head” in Greek did not normally mean “supreme, authority over” (boss), what did it mean in the seven New Testament passages where Paul used it figuratively? Careful examination of context shows that common Greek meanings not only make good sense, but present a more exalted Christ.

1.   1 Corinthians 11:3 (context 11:2–16); kephale seems to carry the Greek concept of head as “source, base, or derivation” (derived from). “Now I want you to realize that the head of every man is Christ, and the head of the woman is man, and the head of Christ is God” (NIV). In this passage Paul is discussing how men and women should pray and prophesy in public church meetings. His instructions apparently relate to the customs, dress, and lifestyle in Corinth and the tendency of the Corinthian believers to be disorderly. Paul discusses women’s and men’s head coverings and hair styles. (Veils are not mentioned in the Greek text.) Paul says, “man was not made from woman, but woman from man” (v. 8); he also says, “woman was made from man” (v. 12). This suggests that Paul used “head” in verse 3 with the meaning of “source or origin.” Man was the “source or beginning” of woman in the sense that woman was made from the side of Adam. Christ was the one through whom all creation came (1 Cor. 8:6b). God is the base of Christ (John 8:42: “I proceeded and came forth from God”).

2.   Ephesians 1:20–23 (context 1:13–23): kephale means “top or crown.” Paul presents an exalted picture of Christ and his authority over everything in creation: …and he has put all things under his feet and has made him the head over all things for the church, which is his body, the fulness of him who fills all in all.” The authority of Christ, established in verses 20–21, is extended to every extremity from crown (head) to feet—including the church which is his body.

3.   Ephesians 4:15 (context 4:11–16) is very similar to Colossians 2:19. It reads, “We are to grow up in every way into him who is the head, into Christ, from whom the whole body, joined and knit together by every joint with which it is supplied, when each part is working properly, makes bodily growth and upbuilds itself in love.” This passage stresses the unity of head and body, and presents Christ as the nourisher and source of growth.

4.   Ephesians 5:23 (context 5:18–23); “head” is used in a head-body metaphor to show the unity of husband and wife and of Christ and the church. “For the husband is head of the wife as Christ is the head of the church, his body.” Paul often used the head-body metaphor to stress the unity of Christ and the church. In fact, this unity forms the context for this passage. The head and body in nature are dependent on each other.

This verse follows Paul’s explanation of what it means to be filled with the Holy Spirit. His last instruction is, “Be subject to one another out of reverence for Christ” (v. 21). This is addressed to all Christians and obviously includes husbands and wives. Naturally, as part of this mutual submission of all Christians to each other, wives are to submit to their husbands.

The Greek word “submit” or “be subject to” does not appear in verse 22. It says only, “wives to your husbands.” The verb supplied must therefore refer to the same kind of submission demanded of all Christians in verse 21.

The concept of sacrificial self-giving so that a spouse can achieve full potential has been the role that society has traditionally given to the wife. Here Paul gives it to the husband.

5.   Colossians 1:18 (context 1:14–20); kephale means “exalted originator and completer.” “He (Christ) is the head of the body, the church; he is the beginning, the first-born from the dead, that in everything he might be preeminent.” Paul seems to be using kephale with common Greek meanings—“source or beginning or completion” —in a sense that Christ is the exalted originator and completer of the churc”.

6.   Colossians 2:10 (context 2:8–15); kephale again seems to have the Greek idea of life-source, as well as the idea of top or crown. This verse emphasizes the church as the “fulness” of Christ. “For in him the whole fulness of deity dwells bodily, and you have come to fulness of life in him, who is the head of all rule and authority” (vv. 9–10).

7.   Colossians 2:19 (context 2:16–19); kephale means “source of life.” Christ is the source of life who nourishes the church. Christians are told to hold fast to Christ, who is described as the “head,” from whom the whole body, nourished and knit together through its joints and ligaments, grows with a growth that is from God.”

1.   In your own words, describe the meaning of “head” in most instances.

We are a Foursquare Church located at 9085 California Avenue, Riverside, CA 92503.

Our services are Sunday morning at 10am in person and live on FB/clcriverside.

Please us Tithe.ly.com for giving.